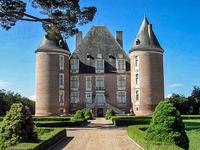 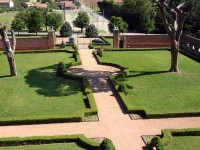 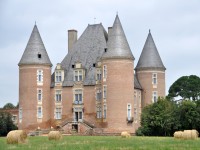 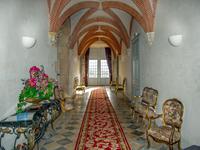 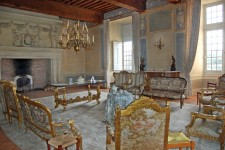 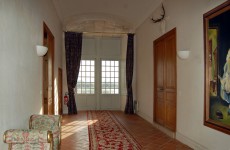 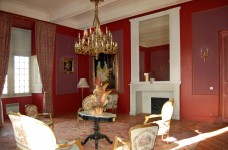 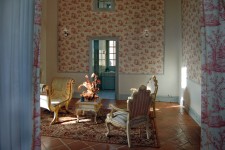 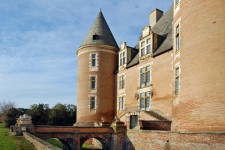 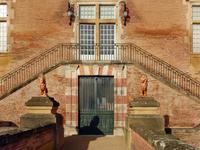 South of Toulouse, built in 1540's, The "Château de Saint-Élix" and its manucured parkland is the black diamond of the south west coming from the 16th century perfectly restaured and only 25 minutes by car  from Toulouse Blagnac  airport. (10 mins. by helicopter) with close to 4  hectares flat land available.  The Château itself offers 2880 m2 on 5 levels  , of which 1880 m2 of livable space. On the first floor: entry hallway, large lounge , 3 bedrooms and 3 bathrooms.  On the second floor : 4 bedrooms and 4 bathrooms.  On the third floor : lounge, 3 bedrooms and 3 bathrooms.  Large attic and new roofing. On the ground floor : reception room 165 m2 and kitchen : 365 m2 . Possibility of acquiring more land and also the huge winter garden  "Orangerie" of the castle itself , which needs full renovation

The proximity of Toulouse-Blagnac airport and the Airbus Group Headquarters is a major factor in the decision making process for this  investment.

Ask us anything - advice, book a viewing or more info

THE CHÂTEAU OF SAINT ELIX ...
The Château is surrounded and hence protected by large dry moats, created from local pink brick/stones, with the door and window openings made out of stone. The cubic living quarters are flanked by 4 towers at each corner, covered by a conical slated roof. The castle itself has a pavilion style slated roof of 18 meters high, giving it a majestic style, more often found in the castles of Northern France.
The entrance is behind a drawbridge, which has been in place since the 17th century, when the inner yard opened to a double staircase leading to the main door of the residence. An entrance to the basement is on both sides of a central corridor. The same layout is applied in the two residential floors as well as in the large attic spac (same as found in Château Chenonceaux).
On the main floor, there is the large reception hall and master bedroom, and on the left side of the corridor 2 rooms connected to numerous other reception rooms The same layout is found on the upper floor, serviced by a handsome staircase. Every details  was designed around style and comfort. The central hallway has a vaulted ceiling in brick stones with crossed lancets on stone pillars. The main living room has its original fireplace with the crest of the Potier family. The architect Laurent Clary actually used the same pattern in a number of other mansions in Toulouse and in the Château of Castelnau-Estretefonds.
During the 18th century, Baron Ledesme, knowledgeable in art and architecture, designed the layout of the gardens. He first built on both sides of the Château, 2 further large buildings for the stables and the winter garden, which included the full size statue of the Great Bailli made by the sculptor Francois Lucas, who was in charge of all statues and decorations at the Château. The park at that time covered 56 hectares and could easily compete with the grounds of Merville and Rochemontes. The layout of the park with its century-old maritime pine trees, are the sole witnesses of this beautiful era.
The estate is filled with woods and meadows, and is set on approximately 500 hectares, fully fenced (the amount of land can possibly be extended by negotiation with neighbouring properties). There are numerous and various activities available ... a hunting ground for small (pheasants, partridges, gooses, rabbits…) or larger game (wild boar, deer, roe deer, fallow deer and mountain deer). Fishing is also possible on the 4 hectares wide lake.  This is an estate dedicated to outdoor leisure, with 80 kilometers of tracks for mechanical sports, quad, 4 wheels drive, motorbikes,… .
The estate sits on the foothills, facing the Pyrenées Mountains, within easy reach of the autoroutes, TGV trains and airports.